Clotting is the Body’s Way of Preventing Blood Loss
Normally, when a blood vessel is injured, the body takes immediate action to prevent excessive blood loss. Blood, which is usually in a liquid state, goes through a complex, interconnected process in order to form a solid clot.

This process, called a clotting cascade, requires multiple steps, 13 different blood protein factors , as well as other enzymes to complete.

If a given factor is missing or defective, a clot cannot form properly. Even if it does form, it will be too weak to stop the bleeding or prevent bleeding from recurring.

Heavy Periods and Bleeding Disorders in Women
The most common symptom women with bleeding disorders experience is menorrhagia, or heavy menstrual bleeding. Because the severity of symptoms can vary, and many women don’t know that prolonged or heavy bleeding during menstruation (periods) can be a sign of a bleeding disorder.

This means that many women with a bleeding disorder might not be aware of it. The Center for Disease Control (CDC) estimates that as many as 1% of all women in the U.S. may have a bleeding disorder. While excessive menstrual bleeding is the most common symptom of a bleeding disorder in women, it is not the only one. Symptoms of a bleeding disorder in a females can include:
• Anemia (or being told you have “low iron”)
• Heavy or prolonged periods (lasting more than 7 days), passing clots larger than a quarter, having to change your pad every two hours or less on heavy flow days, or having gushing/flooding blood that seeps through pads or clothing
• Excessive bruising (bruises that are larger in size or swell) and or easy bruising that may occur frequently (weekly)
• Exaggerated bleeding after minor cuts (lasting longer than five minutes)
• Excessive or prolonged bleeding after dental work, surgery or childbirth
• Frequent nosebleeds, or nosebleeds that last longer than ten minutes
• Having a blood relative that has a bleeding disorder such as hemophilia or von Willebrand’s disease

Hemophilia and Women
While it is true that women are hemophilia carriers (meaning that they carry and can pass down the specific gene mutation which causes hemophilia), they can also experience symptoms as well.

Known as symptomatic carriers, women who carry the gene responsible for hemophilia, may experience symptoms similar to those in males with mild hemophilia. If they undergo surgery, go through childbirth, or are involved in an accident, they can bleed excessively and require medical intervention.

Asymptomatic Female Carriers of Hemophilia
Many carriers are asymptomatic, meaning they do not show symptoms in their day to day lives. If, however, they have an injury or go through childbirth, they may experience prolonged bleeding which can be life-threating.

More About Hemophilia
Hemophilia is a rare genetic disorder caused by either not having enough of factor VIII (hemophilia A) or factor IX (hemophilia B). Factors can also be at normal levels, yet defective in some way. 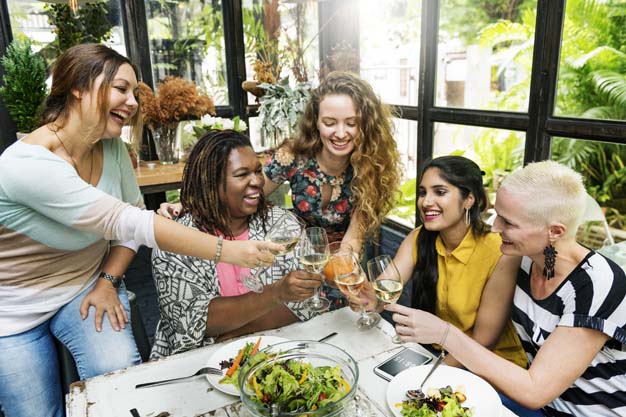 Hemophilia is caused by a gene mutation carried on the X chromosome (one of the chromosomes responsible for gender). The X chromosome also contains the gene with instructions for factor VIII (8)

Females Can be Born with Hemophilia
In rare cases where a female is born with hemophilia (rather than just being a carrier), both her X chromosomes must carry the defect (her father had hemophilia and her mother was also a carrier), or one has the gene mutation and the other is either inactive or missing. This situation is very uncommon.

Females with bleeding disorders may experience anemia (lower than normal levels of red blood cells in the blood), leading to feelings of being overly tired and or weak. They may also have other symptoms such as those listed in the previous section.

ASP Cares Helps People with Bleeding Disorders
If you, or someone you care about has been diagnosed with a bleeding disorder, we can help. ASP Cares is a patient-centered specialty pharmacy focused on caring for patients with rare diseases such as hemophilia, von Willebrand’s disease and others.

From seamless access to medications to education, expert medication management, to free nationwide delivery or local pickup, to help locating alternative funding sources or maximizing your existing benefits, ASP Cares- about you. Click here [insert link to out contact for hemophilia] for more information on how ASP Cares helps people with bleeding disorders.