November has been designed as National Diabetes month by the American Diabetes Association (ADA). This year, in addition to raising awareness about diabetes, the ADA has chosen to focus extra attention on gestational diabetes, a type of diabetes that develops during pregnancy.

You can learn more about gestational diabetes later in this blog. But first, you should understand more about what diabetes is, how it can affect your health and or the health of someone you care about.

100 Million Americans have Diabetes or Prediabetes

According to a report by the Center of Disease Control (CDC), as of 2015, over 100 million people in America are living with either diabetes or prediabetes. (Prediabetes is a reversible condition in which blood sugar levels are higher than normal, but not high enough to be considered diabetes.)

The report also states that an estimated 30.3 million American, or 9.4% of the total U.S. population, have diabetes. Of those, 23.1 million people have been diagnosed, and another 7.2 million have not been diagnosed, but still have the disease. By far, type 2 diabetes is the most common form of diabetes, accounting for 90%- 95% of all cases.

Diabetes is a condition is which blood glucose (blood sugar) levels become too high. This is important because your body uses blood glucose as fuel. To convert blood sugar to a usable form though, the body must make a hormone known as insulin. Insulin works like a shuttle, moving glucose into cells where it is converted into energy, among other functions.

In a healthy person who does not have diabetes, glucose is broken out during the digestive process, where it is then released into the bloodstream. When glucose levels rise, the pancreas begins to secrete insulin.

When insulin is released, it sends signals to cells, causing them to start taking in glucose, which is used to fuel cellular processes. (Any excess blood glucose in the cells is converted into glycogen, which is then stored in the liver and muscles or later use.)

When someone is diabetic, they either do not make enough insulin, or the body does not use it in the way that it should. This causes too much glucose to stay in the blood.

Normal blood glucose levels are typically less than 100 mg/dL (dL stands for milligrams per deciliter) when you have not eaten for at least eight hours, or less than 140 mg/dL within two hours of eating.

Your blood sugar levels naturally drop to around 70-80 mg/dL before eating. It should be noted that in some cases, your normal blood sugar level may be as low as 60 mg/dL, or as high as 90 mg/dL, yet still be considered within normal ranges.

Over time, excess blood glucose levels can cause serious damage to organs, tissues, nerves, and blood vessels. Left unmanaged, diabetes can lead to health issues, such as:

● Heart disease and Heart Attacks
● Problems with your eyes which can lead to loss of vision
● Stroke
● Kidney disease or kidney failure
● Dental Disease
● Nerve Damage such as neuropathy, causing pain, numbness and tingling which may be severe
● Problems with you feet such as nerve damage, poor circulation and wounds that may not heal well
● Decreased wound healing which can lead to amputation of the feet and or legs in severe cases

The symptoms of diabetes can include:

Prediabetes Usually Does Not Cause Symptoms

Prediabetes occurs when someone’s blood glucose levels are higher than they should be. While prediabetes is reversible, many people do not know they have it because it does not always cause symptoms. 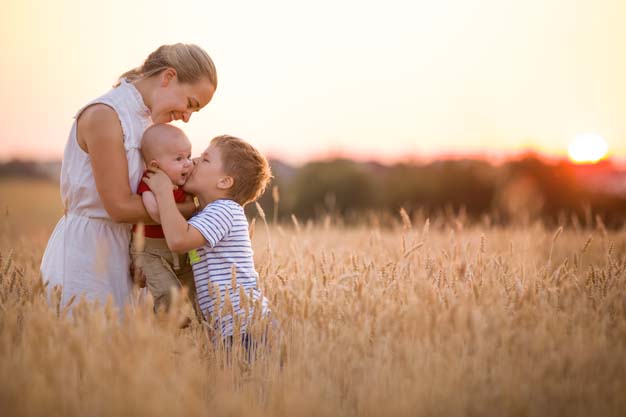 If someone has prediabetes and is not treated, they will likely develop type 2 diabetes within a decade or less. Weight loss, exercise (such as walking), changes in diet and appropriate medications can all help to restore normal blood sugar levels.

What is Type 1 diabetes?

Unlike type 2 diabetes, which tends to develop over time, type 1 diabetes can occur suddenly. Type 1 diabetes occurs when the body’s immune system attacks and destroys the cells which produce insulin.

Type 1 diabetes may have a genetic link. Many researchers also believe it might be triggered by a virus or in response to environmental factors. Type 1 diabetes is sometimes called juvenile diabetes, because it usually starts during adolescence.

What is Gestational Diabetes

Your healthcare provider can discuss the best ways to control your blood sugar levels. They can also determine if you need insulin or other medications to help you stay within a healthy blood glucose range.

Help Raise Awareness about Gestational Diabetes by Sharing this Blog

Please help us raise awareness about all forms of diabetes, including gestational diabetes, by sharing this blog.

**Disclaimer**
This content does not represent medical advice. It is not meant to diagnose or treat any condition. It is not intended as a substitute for the advise of a qualified medical provider.