Each year the FDA approves promising new drug therapies for cancer. It now appears that some of the most promising cancer treatment avenues, may actually lie within the bodies of the patients themselves.

Known as immunotherapy or targeted gene therapies, these kinds of treatments harness naturally occurring processes to create personalized, less toxic treatments, which are potentially much safer for healthy cells. The possible benefits of this kind of treatment are hard to overstate.

Like the development of chemotherapy in the 1940’s, immunotherapy and targeted gene therapies could be real game changers. Immunotherapy, especially when combined with other targeted medications, has the potential to forever alter the landscape of cancer treatments.

This is especially true if it is partnered with gene specific cancer therapies. Both of which can be used with, or without, traditional cancer treatments such as chemotherapy and radiation.

Drug Therapies for Cancer That Can Hit Tiny Hot Zones
Gene targeting cancer treatments work by locking onto specific genes and or proteins within the cancer cells themselves. According to research in the US National Library of Medicine National Institutes of Health, gene targeting works within the microenvironment of the tumor. In other words, the treatment is directed within an almost unbelievably narrow range- at the cellular level.

Potentially Fewer Side Effects
These kinds of treatments are so precisely targeted they can reduce the risk of some kinds of unwanted side effects. One of the reasons that cancer patients experience symptoms such as hair loss, nausea and vomiting is because radiation and many cancer drugs (called antineoplastics) are toxic to cancer cells.

Because cancer cells arise from the human body and share many of the same characteristics of normal cells, healthy tissues can also be damaged in the process.

That is not to say that these new forms of treatment are not without risk. Like all treatment forms and drug therapies for cancer, they have the potential to cause unwanted side effects.

Immune based therapies for instance, may trigger excessive immune responses, potentially causing symptoms that are similar to disorders such as Lupus. Side effects can range from mild to severe, even becoming life-threatening.

Keytruda
The recently approved medication Keytruda (pembrolizumab), which fights certain solid cancerous tumors is an example an advanced form of immunotherapy. Keytruda has been approved by the FDA to treat cancers such as melanoma which have metalized (spread) to other parts of the body, and cannot be removed surgically.

Keytruda is not a radiation or traditional chemotherapy agent. Instead, it works with the immune system to fight cancer where it hides. Approved in late 2017, this groundbreaking drug therapy for cancer is the first of its kind.

Cancer drug therapies in the past have been based on where the tumor originated. This type of medication is different in that it attacks cancer cells, regardless of where in the body they are located- or where they started. 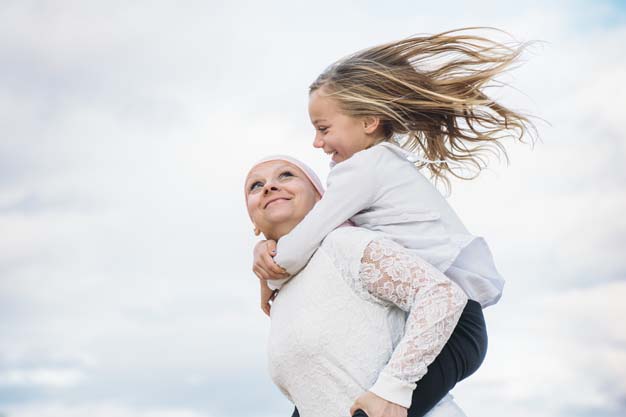 While one might think that cancer cells are obvious within the body, they are not. Cancer can be very sneaky. For example, cancer cells can hide using pathways such as PD-1. The PD-1 pathway acts like an off switch. Healthy cells use it to tell the immune system not to attack them. Cancer cells use it too, making it harder for T cells (which help identify and kill invaders and rogue cancer cells) to find them.

It’s No Game: Playing Hide and Seek with Cancer Cells

This kind of cancer treatment uses biomarkers to help the body identify cancer cells. (Biomarkers are processes or substances, such as a molecule secreted by a tumor which are unique to a given cell type.)

For example, the biomarker used by Keytruda is known as microsatellite instability-high (MSI-H) or mismatch repair deficient (dMMR). It is related to certain kinds of mutations within cancer cells. Normally, when a cell divides, it does so perfectly, creating healthy daughter cells. In some cases, though, the DNA is damaged in precise ways that can be targeted.

When cancer cells can’t use cellular camouflage to hide, they are less likely to grow and spread. Keytruda has been approved for 11 different kinds of cancers that carry a specific biomarker, no matter their location.

Other Revolutionary Ideas That are Changing Cancer Drug Therapies

Other ideas, such as keeping cancer cells alive, but in check, are also being explored. Some researchers are looking into the possibility of avoiding high-dose chemotherapies. While not yet approved for human trials (studies are being done on mice), the strategy is more about mitigation than annihilating cancer cells.

Researchers are looking into the concept of holding cancers at bay, improving the patient’s quality of life, yet still decreasing the number of cancer cells by using a diminishing dose. This technique is known as adaptive therapy.

Adaptive therapy focuses on stabilizing tumors with the lowest possible effective dose. Dosages are fine-tuned so that they shrink tumors but do as little damage to healthy cells as possible. Click here.

Once HIV lands on an immune cell, it enters the cell and inserts its own viral genetic material. The cell then begins to create copies of the virus. When deactivated (so it cannot cause an HIV infection) and reprogrammed with new genetic instructions, HIV can be used as a transport system, delivering new instructions to immune cells so they can better locate and kill cancer cells.