There are many Kinds of Bleeding Disorders

Coagulation/clotting disorders are a group of conditions which are characterized by an inability to form normal blood clots after the body has experienced damage to a blood vessel. This can be life­ threatening. Click here.

When someone has a clotting/bleeding disorder, they do not bleed faster than other people. Bleeding is simply more

prolonged because blood clots, which normally form to stop bleeding, are either poorly formed, or not formed at all.

Bleeding episodes can be triggered by surgery, dental work, childbirth, menstruation, or trauma. In severe cases, patients may experience excessive bleeding from minor injuries such as bumps, bruises, scrapes, and or small cuts.

Exaggerated bleeding episodes can also be caused by micro-injuries such as broken capillaries or tiny tears within a joint. Depending on the severity and specific bleeding disorder, people with coagulation disorders may also experience spontaneous bleeding events with no known cause.

Bleeding can occur externally, such as in response to a cut. It can also happen internally, including bleeding into soft tissues, inside the skull, into the spine, or into joint spaces such as the ankle, elbow, or knee. This can cause complications including joint damage and deformity, and others. Click here.

Coagulation disorders can be acquired or inherited. Some are caused by a vitamin K deficiency, certain medications, anemia, HIV/AIDS, defects or deficiencies in clotting factors or platelets, leukemia, cirrhosis of the liver, and other conditions. Others are caused by inherited gene mutations which affects one of the 13 clotting factors that control the clotting cascade.

What Happens When Someone Bleeds?

To survive, every cell in the human body needs constant access to oxygen. Cells also need a myriad of amino acids, enzymes, hormones, and ongoing cellular waste removal. A mind boggling meshwork of blood vessels carries this life-giving process out on a moment to moment basis each day of your life.

Blood contains many different kinds of cells including red blood cells, plasma (a yellowish fluid that holds blood cells in suspension as it circulates through blood vessels), white blood cells, platelets, and clotting factors to help nourish and support cellular functions throughout the body.

The Clotting Cascade is Complex

In a healthy body without a clotting disorder, a series of rapid countermeasures (called a clotting or coagulation cascade) are activated when a blood vessel has been damaged. The process of changing blood from its liquid state into a solid at the site of the injury is incredibly complex and interdependent. If it is interrupted at one point, it does not skip over that step. Instead the entire process stops wherever the issue occurred.

There are two major pathways which the body can use to create a clot. The following is an extremely simplified version that highlights the main steps of the clotting cascade:

When someone has a coagulation disorder, the process is interrupted, delayed, or poorly executed, causing prolonged or recurrent bleeding which can be severe.

Treatment for coagulation disorders depends on the underlying cause of the condition in question, as well as its severity. For severe von Willebrand's disease and hemophilia, treatment often involves replacing missing clotting factors so that more normal clotting can occur. This is called factor replacement therapy.

The Center for Disease Control (CDC) recommends that people with certain bleeding disorders such as hemophilia, keep replacement clotting factors with them at all times in case a bleeding episode occurs.

If you rely on factor replacement therapy, you must keep it with you at school or work, when you are away from home, even if you go to the emergency room, as they may not have replacement clotting factors on hand, unless they are a hemophilia treatment center. 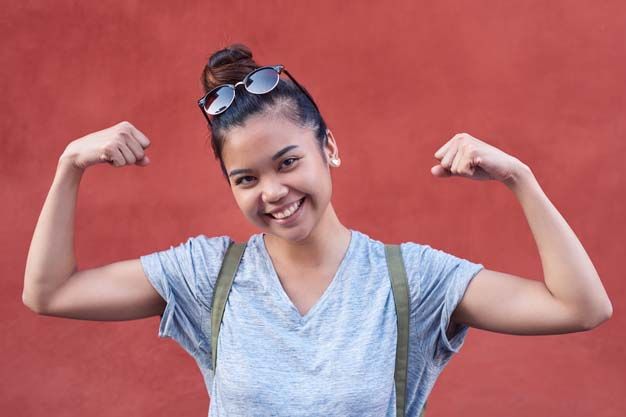 Because the body naturally eliminates replacement clotting factors, it must be administered over and over. Treatment can take place at a hospital, a hemophilia treatment center, or at home.

Depending on which clotting disorder someone has (and how severe it is), other medications such as desmopressin acetate (DDAVP),epsilon amino, caproic acid and tranexamic acid, and or others may also be required.

The time that it takes for one-half of the clotting factor to be depleted is called the half­ life. On average, factor VIII (the replacement factor hemophilia A) drops by approximately half in 8-12 hours. Factor IX, which is the missing protein that cause

hemophilia B, lasts a bit longer, but is usually reduced by half within 18-24 hours following infusion.

Clotting factor is a dried concentrate powder that must first be mixed with sterile water to reconstitute it. Factor may be derived from donated human plasma or made from recombinant DNA technology.

Although today's blood supply is deemed safer than ever (blood is screened, tested and treated to destroy any contaminants), the National Hemophilia Foundation's Medical and Scientific Advisory Council recommends that recombinant factors be used in children with hemophilia to avoid the possibility of accidental exposure to viruses such as hepatitis, HIV, or other blood-borne pathogens.

Some patients develop what are known as inhibitors in response to factor replacement therapy. Inhibitors are antibodies the body produces in response to substances it deems to be foreign. When someone begins to produce inhibitors, it interferes with replacement factors, short-circuiting the clotting process.

This is no small matter because factor replacement therapy is the main form of therapy used to prevent and treat bleeding episodes. Certain studies, such as the ground­ breaking SIPPETT (Survey of Inhibitors in Plasma Product Exposed Toddlers) have shown that while recombinant factors are safer from a viral standpoint, they are twice as likely to trigger the development of inhibitors than those who used plasma derived factor. To learn more about treating factor inhibitors, please click here.

If you, or someone you care about, has coagulation/clotting disorder, we can help. ASP Cares is a specialty pharmacy focused on providing care for rare disorders and conditions such as hemophilia, von Willebrand's disease, and others.

From free nationwide delivery and local pickup options, to expert advice and medication management, or even help locating alternative funding, we are here every step of the way.