All About von Willebrand's Disease

While still rare (affecting roughly 1% of the world’s population), von Willebrand’s disease is the most common form of bleeding disorder in the world.

The Difference Between Hemophilia and von Willebrand’s Disease

Although they are both bleeding disorders, von Willebrand’s (VWD) disease is not the same as hemophilia. Hemophilia is a rare inherited bleeding disorder in which blood cannot clot normally due to missing or low levels of specific clotting factors such as FVIII (hemophilia A) or IX (hemophilia B).

VWD?
Von Willebrand’s disease, on the other hand, is caused by a defect or deficiency in the von Willebrand factor (VWF). VWF is a specialized clotting protein made by endothelial cells which line the inside of blood vessels and bone marrow cells.

Hemophilia
Both hemophilia and VWD have strong genetic components and are usually inherited, but not in the same way. Hemophilia is carried on the X chromosome. (X and Y chromosomes are the sex chromosomes responsible for gender), which is why it occurs predominantly in males. Females can be carriers of hemophilia, and some do experience symptoms of the disease in some cases. Click here.

In contrast, Von Willebrand’s disease is caused by a mutation carried on chromosome 12 (a non-sex chromosome). This means it occurs equally in both males and females.

VWD and Chromosome 12
Generally speaking, the symptoms of VWD are less severe than those of hemophilia, but they can be serious and even life-threating in severe cases.

There is currently no cure for either hemophilia or von Willebrand’s, however both forms of bleeding disorders are manageable with proper treatment.

Von Willebrand’s Disease Symptoms
Symptoms of VWD can vary from mild to severe. In some cases, they may be absent altogether, or develop later in life. Because symptoms can be mild, it is estimated that as many as 9 out of 10 people with the disease are never diagnosed.

Men and women can both present with symptoms. Women, however, tend to have more problems since this disease is associated with mucosal bleeding. Symptoms in females can include excessive bleeding after childbirth, or heavier and longer menstrual periods.

• Easy bruising
• Blood in the urine or stools
• Exaggerated or excessive bleeding from injuries
• Excessive bleeding after surgery or dental work
• Heavy menstrual bleeding
• Nosebleeds that last longer than ten minutes
• Symptoms of anemia, fatigue and or shortness of breath

What is the Von Willebrand Factor?
The von Willebrand factor is a special blood protein that is critical to normal clotting. It is named after Erik Adolf von Willebrand, a Finnish doctor who made major contributions to the field of hematology, including discovering the bleeding disorder that bears his name in 1927.

What is Blood Clotting?
Clotting is what happens when blood changes from a liquid form to a gel, and then forms a stronger form of clot called a fibrin clot in order to prevent excessive bleeding from damage to a blood vessel.

The clotting process can be divided into two main stages known as primary hemostasis and secondary hemostasis. In the primary, or first stage, a soft plug is formed. In the last stages of clotting, the stronger fibrin clot is created. 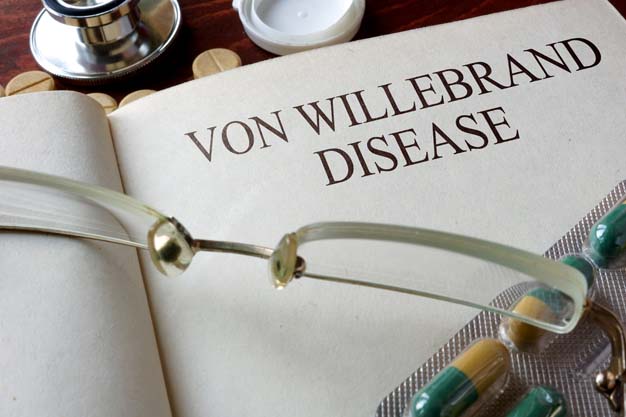 Simplified Example of the Clotting Process
If someone cuts their finger, several things happen almost simultaneously. When blood vessels are damaged, they constrict to reduce blood flow and limit blood loss. Any exposed collagen responds and platelets, which are constantly circulating in the blood stream, begin to clump together at the site of the injury to form a soft plug.

After the soft plug is formed, a series of complicated interactions work together to create the fibrin clot, which is much stronger than the initial plug. Once the body has repaired and healed the area, the clot is then broken down and reabsorbed by the body over time.

How Does von Willebrand Factor Help in Clotting?
The von Willebrand factor (VWF) is a critical component in the initial clotting cascade. Besides binding to several kinds of proteins and helping them clump properly, VWF also helps create the platelet plug by binding to Factor VIII, a key clotting factor.

• Type 1: Type 1 is the most common form of VWD. It causes lower levels of von Willebrand’s factor, or VWF to occur in the body. Most people still have enough VWF to clot but may experience mild symptoms such as excessive bleeding during menstruation or following childbirth. Most people with type 1 VWD can live an otherwise normal life.
• Type 2: Type 2 VWD means that someone has normal levels of the VWF, but that it is defective and does not work properly. Type 2 also includes several subtypes, depending on the specific structural form of the defect. The subtypes include: 2A, 2B, 2M, and 2 N.
• Type 3: Type 3 is the most severe form of VWD. People with this type of VWD do not produce any VWF, which means that platelets do not clot. Once started, bleeding can become life-threating.

If you, or someone you care about has a bleeding disorder such as von Willebrand’s disease, or hemophilia, we can help. ASP Cares is a leading specialty pharmacy focused on providing superior care for people with rare diseases and cancers.

As experts in all forms of bleeding disorders, we provide access to vital medications, superior medication management, and experienced specialists knowledgeable with patient assistance programs, prior authorizations, coordination of benefits and more.

We proudly offer free nationwide shipping to all of our valued patients. 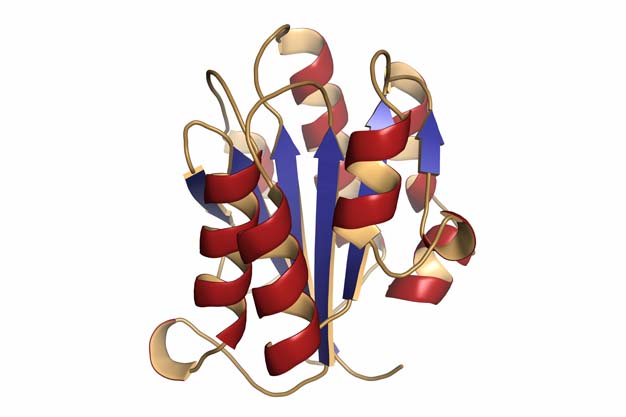 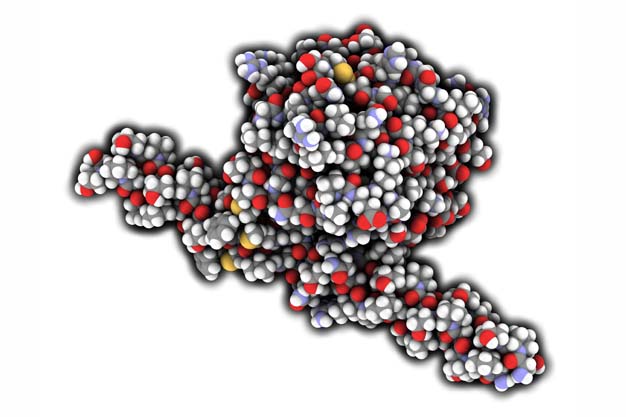