Preventing HIV/AIDS Before Infection with PrEP

Pre-exposure prophylaxis, or PrEP, uses a combination of HIV/AIDS prevention medications to keep the HIV virus from establishing an infection before being exposed.

HIV is Treatable and Preventable With PrEP
While HIV is serious, it is also both treatable and preventable. People can dramatically lower their risk of becoming infected using PrEP combined with safer behaviors such as using condoms, avoiding sharing needles, limiting your number of partners, and getting regular STD/ HIV testing.

If you are already HIV positive, targeted medications can reduce your risk of spreading the infection to your partner(s). If you are HIV positive, you should talk to you healthcare provider about starting an HIV medication regimen.

If your partner is HIV positive and you are not, you can reduce your risk of becoming infected by as much as 92%, using safer practices combined with HIV/AIDS preventative medications.

PrEP Can Help Protect IV Drug Users
PrEP is also helpful for people who are active IV drug users. It has been shown to dramatically lower the risk of becoming infected by as much as 70% when taken correctly. Although adopting healthier behaviors (not sharing needles and avoiding unprotected sex) does lower the risk of sexually transmitted diseases for IV drug users, PrEP is an HIV and AIDS prevention medication. PrEP does not lower the risk of contracting other forms of disease.

PrEP is so New, Many People (Even Medical Providers) Don’t Know
While PrEP regimens are highly effective, as of 2015, a Center for Disease Control study showed that as many as 1 in 3 primary care physicians and nurses have never heard of HIV/AIDS prevention medications. Fortunately, this is changing as more and more healthcare providers become aware of effective preventative HIV medications.

HIV/AIDS prevention medications such as Truvada work by blocking key cellular processes the HIV virus needs to establish an infection. Because viruses cannot reproduce on their own, they multiply by hijacking host cells, forcing them to create new copies of the virus.

HIV is also what is known as a retrovirus. This means it must first “translate” its genetic material from RNA to DNA using an enzyme called reverse transcriptase. Truvada short-circuits this process, helping to stop the infection before it can gain a foothold.

Who Can Prescribe Preventative HIV/AIDS Medications (PrEP)?
Any licensed physician or prescribing healthcare provider can deliver PrEP care. Most people who are HIV negative (not infected with the HIV virus) can use this form of preventative HIV/AIDS therapy. If a person is HIV positive, they can be referred to other healthcare providers if necessary, so they can begin a course of treatment for HIV.

What if I can’t afford HIV prevention medications?
There are programs to help people pay for medications that prevent HIV infection. Click here for more information and resources.

Where Can I be Tested for HIV?
Click here to locate HIV testing and Care Services.

If my partner is HIV positive and I am not, can PrEP help me?
Yes. If you do not have HIV, but are at risk for becoming infected, you should talk to your healthcare provider about starting a PrEP regime to help lower your risk of infection.

If I want to start using PrEP, what should I do?
If you think that you might be at risk for contracting HIV, you should talk to your healthcare provider about using PrEP as soon as possible. 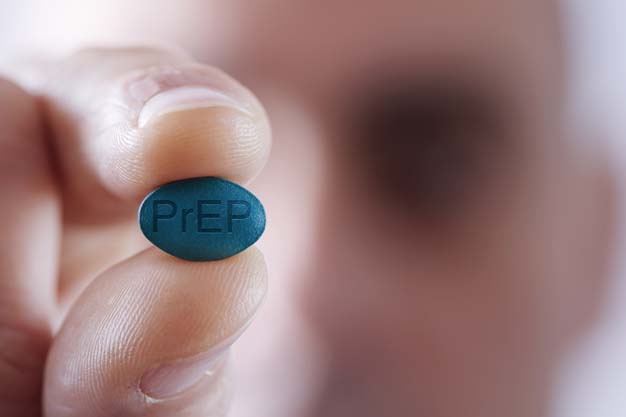 If you cannot locate a healthcare provider that is familiar with preventive medications for HIV, you can use the HIV.gov locator here.

How is HIV Transmitted?
HIV can be passed to another person in a variety of ways. HIV does not survive well outside the body, so it requires live contact to spread. The live virus is carried in bodily fluids including blood, semen, rectal fluids, pre-seminal fluids, vaginal fluids and breast milk.

An HIV infection can only occur if someone comes into contact with these bodily fluids through a cut or break in the skin, direct injection into the bloodstream (like those from a syringe or needle puncture), or a contact across a mucus membrane such as those found in the rectum, vagina, mouth, or penis.

Can a Pregnant Woman Pass HIV to the Fetus?
HIV can also be transmitted from mother to child during pregnancy (through the placenta), labor and delivery, or through breastfeeding. While the mother and developing fetus do not share the same blood supply, sometimes the virus is able to cross over the placenta to infect the fetus. This is considered a rare form of transmission.

Can I get HIV/AIDS from Kissing?
You can get HIV from “deep” kissing if both partners have bleeding gums or sores within the mouth that the HIV positive person’s blood gets into the bloodstream of the other person. Closed mouth, social kissing is not a source of HIV infection.

You cannot get HIV from sweat or tears (unless either are mixed with blood from someone who is infected), hugging, shaking hands, using the toilet, sharing dishes or mosquito or other insect bites, or casual touching.

ASP CARES About HIV/AIDS
At ASP cares, we are experts in the treatment and management of HIV/AIDS. We provide exceptional support for people living with HIV/AID, and offer free nationwide, shipping on all medications for our valued patients.

Our highly trained and compassionate pharmacists, technicians and HIV/AIDS specialists are here to help you with all of your HIV/AIDS medications as well as any HIV/AIDS preventative medication needs.